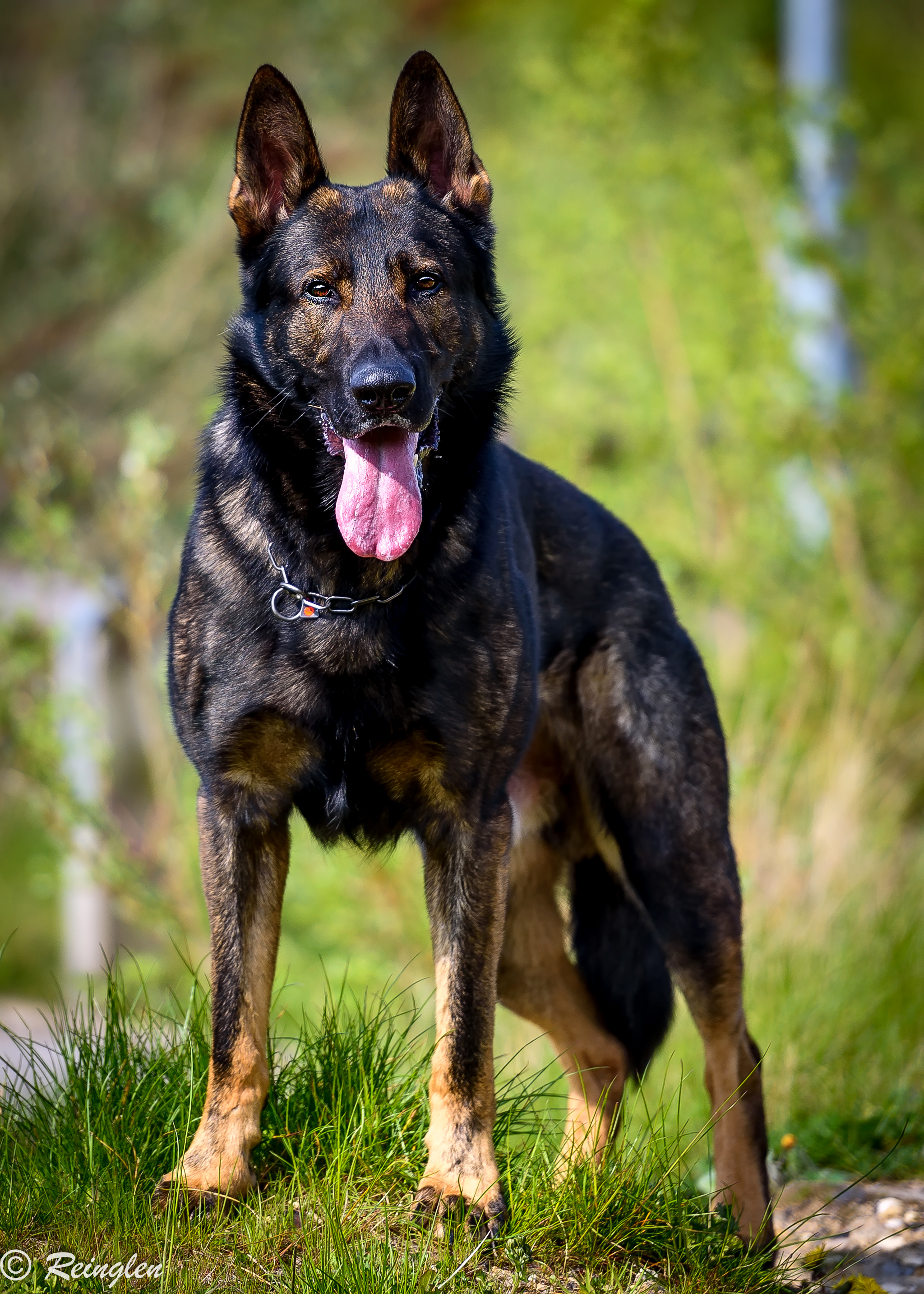 Harro is now available at stud to approved and health tested females. Click Here for more details and photos

Harro vom Heiligental (Goran van Serburus x Tess vom Raubschlößchen) is a Working German Sheperd Dog born on 17/12/13. Bred by Danielle Jonker and Geert Troonen at Kennel "vom Heiligental'. We brought him over from Germany at 15 weeks old, our plan is to compete in IPO with him.

Harro is tested Haemophilia clear, doesn't carry the long coat gene, and both his parents (Goran van Serburus & Tess vom Raubschlößchen) are tested clear of Degenerative Myelopathy, this means that they can not give it to their offspring, so Harro is also DM N/N.

He has a very steady calm nature with a very good on/off switch. He settled into our family with no problems, the girls accepted him straight away. He has started his training and seems to be picking it up quickly and really enjoys himself. Harro has passed his Bronze, Silver and Gold Kennel Club Good Citizens Dog Scheme before he was 1 year old.

At 11 and a half months old Harro was graded Promising at the WUSV GSDL Regional Show under judge Joan Docherty.

Harro was graded SG (Sehr Gut: Very Good) and got third place at the West Yorkshire WUSV GSDL – BRG “Regional Event” in Junior Dog under German SV Judge Frank Goldlust of the famous German Frankengold kennels. This is the highest show rating for a dog under 2 years old. 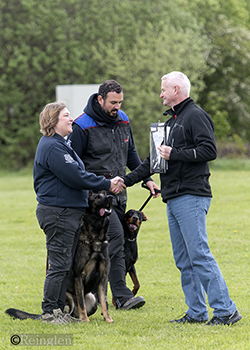 On 17th May 2015 Harro passed his BH (Begleithund) under Dougie Bannerman at the White Rose Schutzhund Club. BH Certificate (PDF) 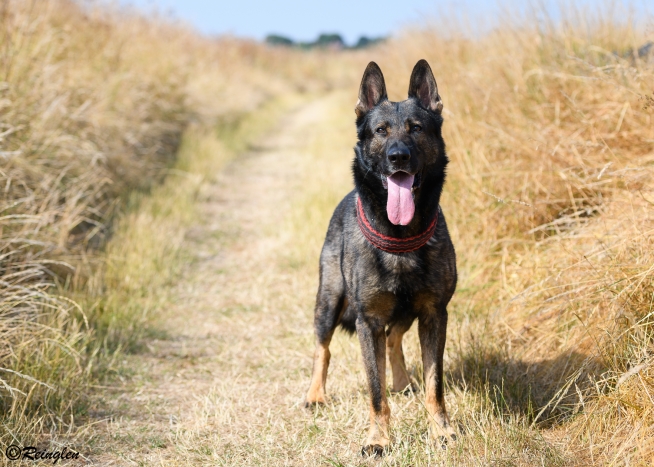 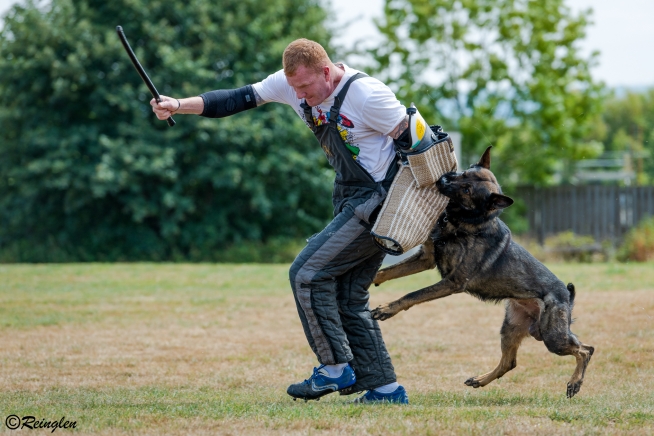 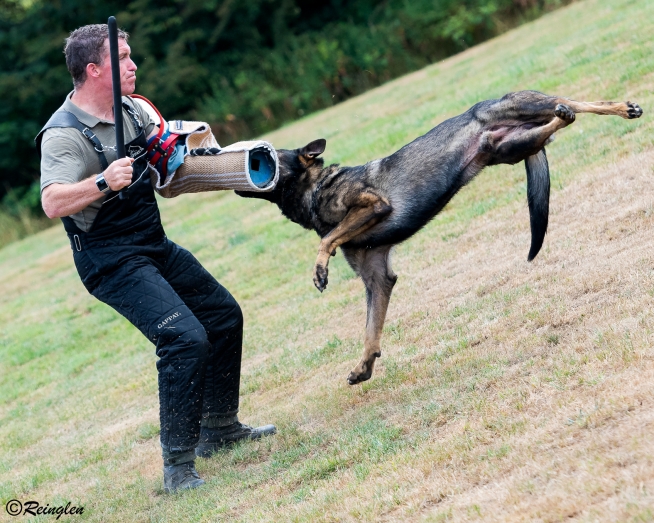 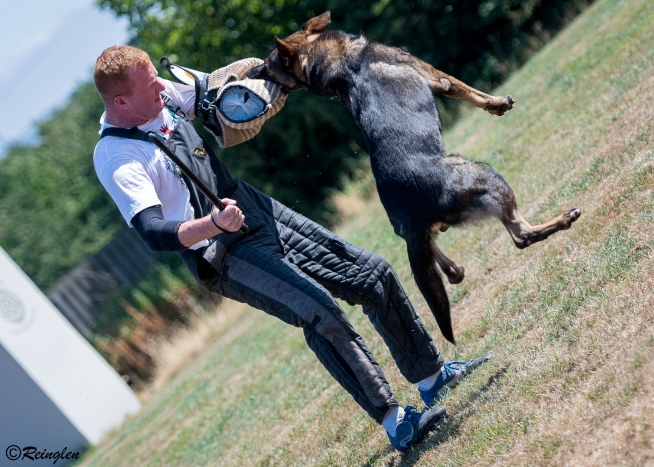 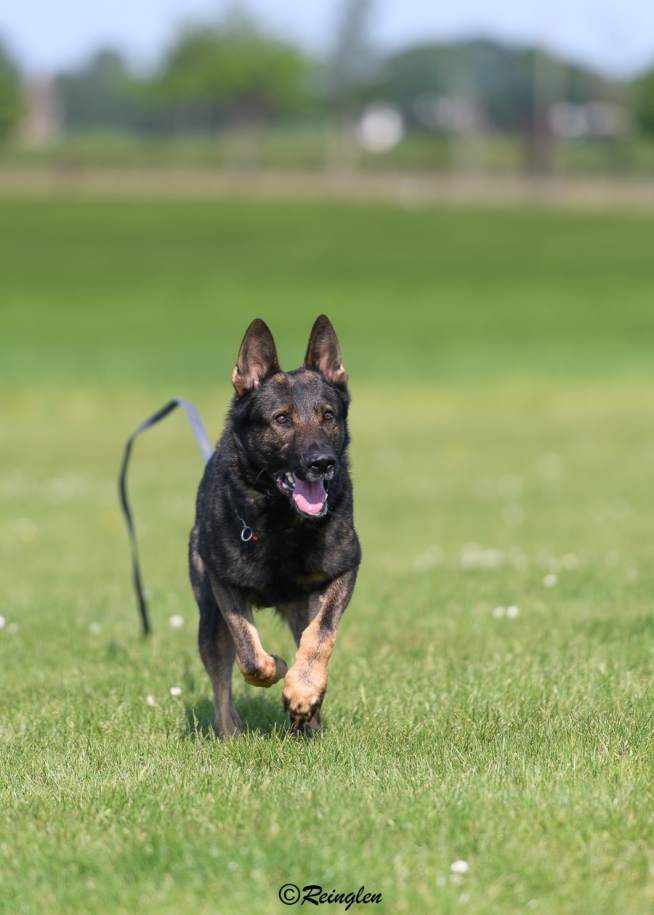 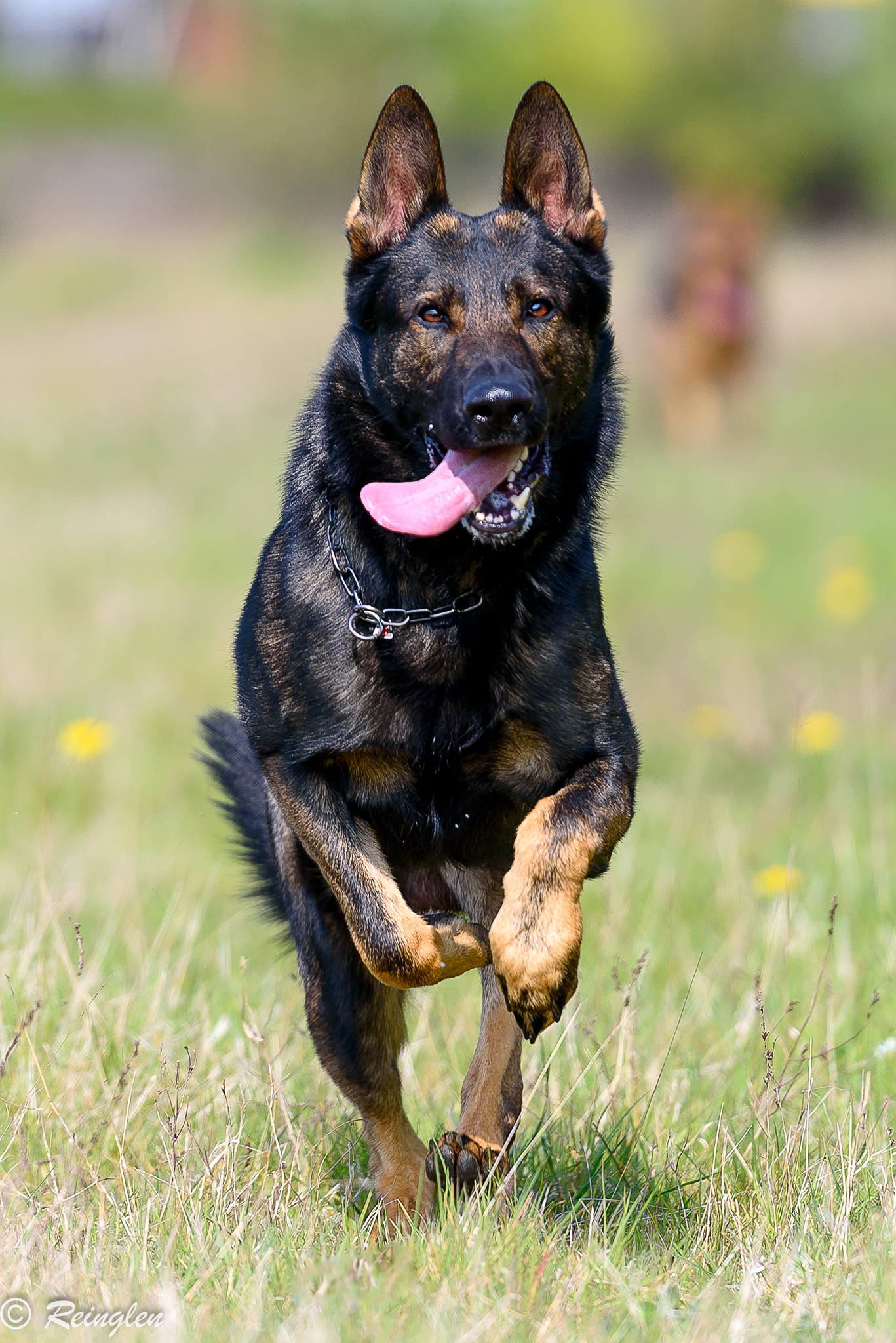 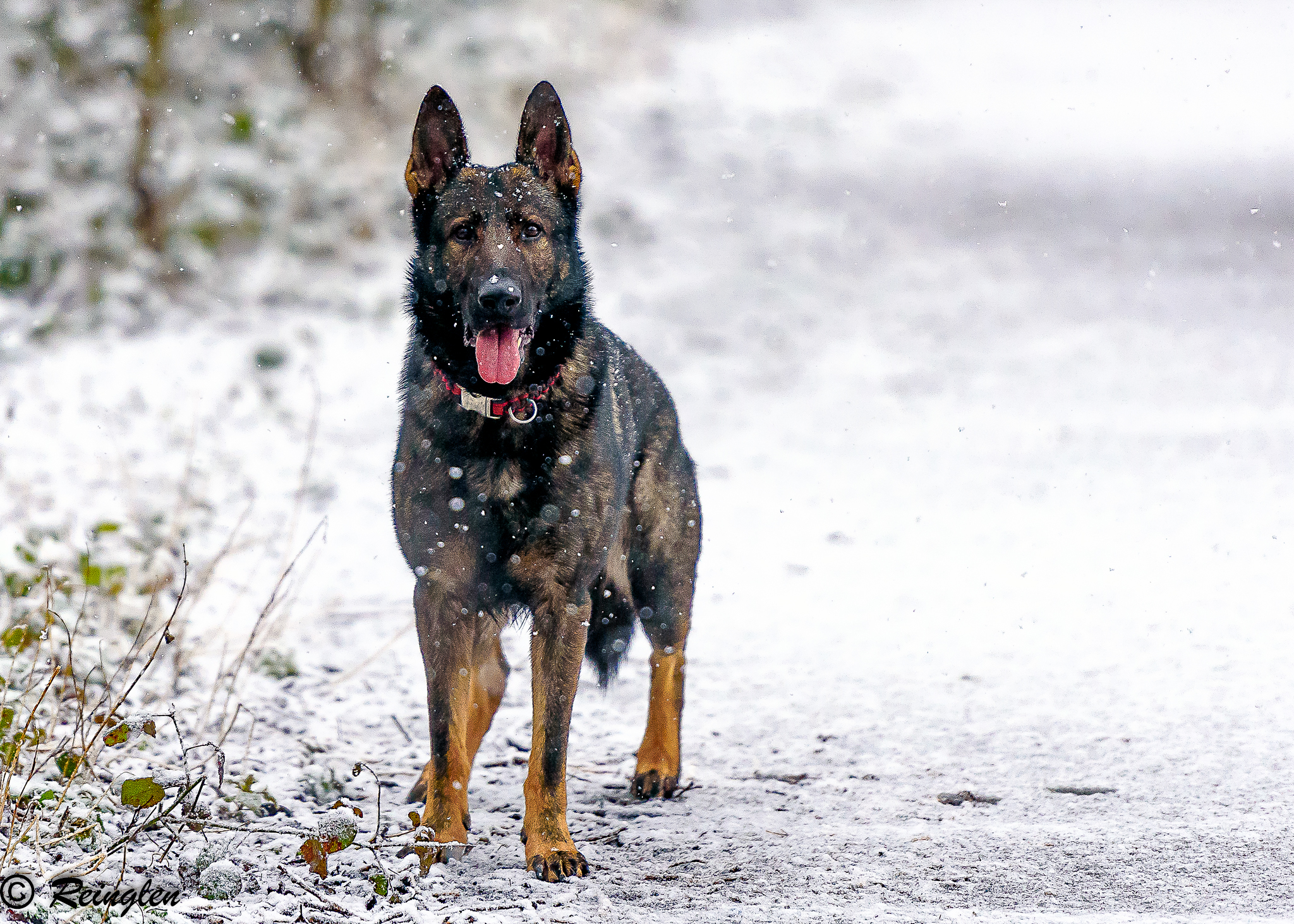 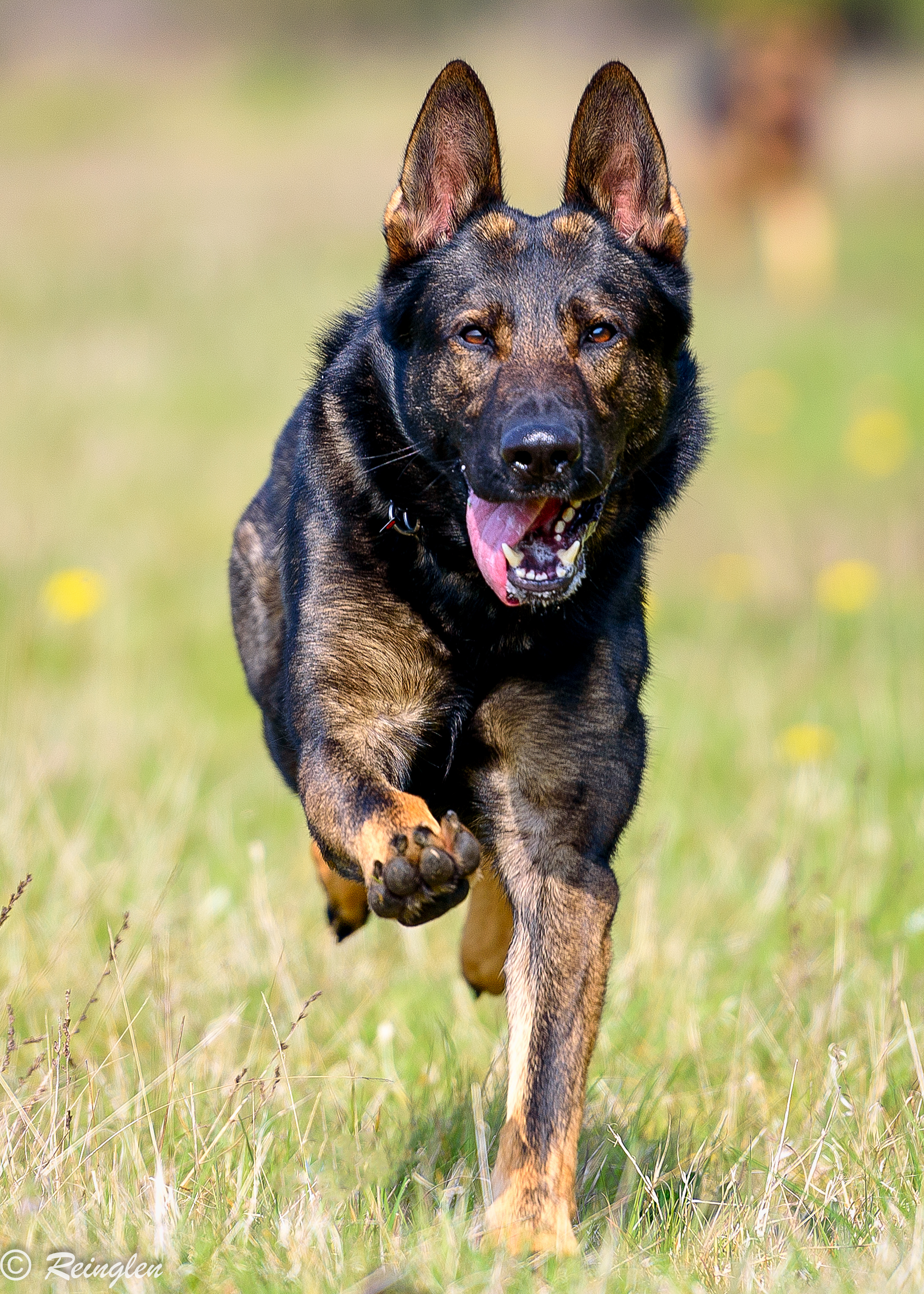 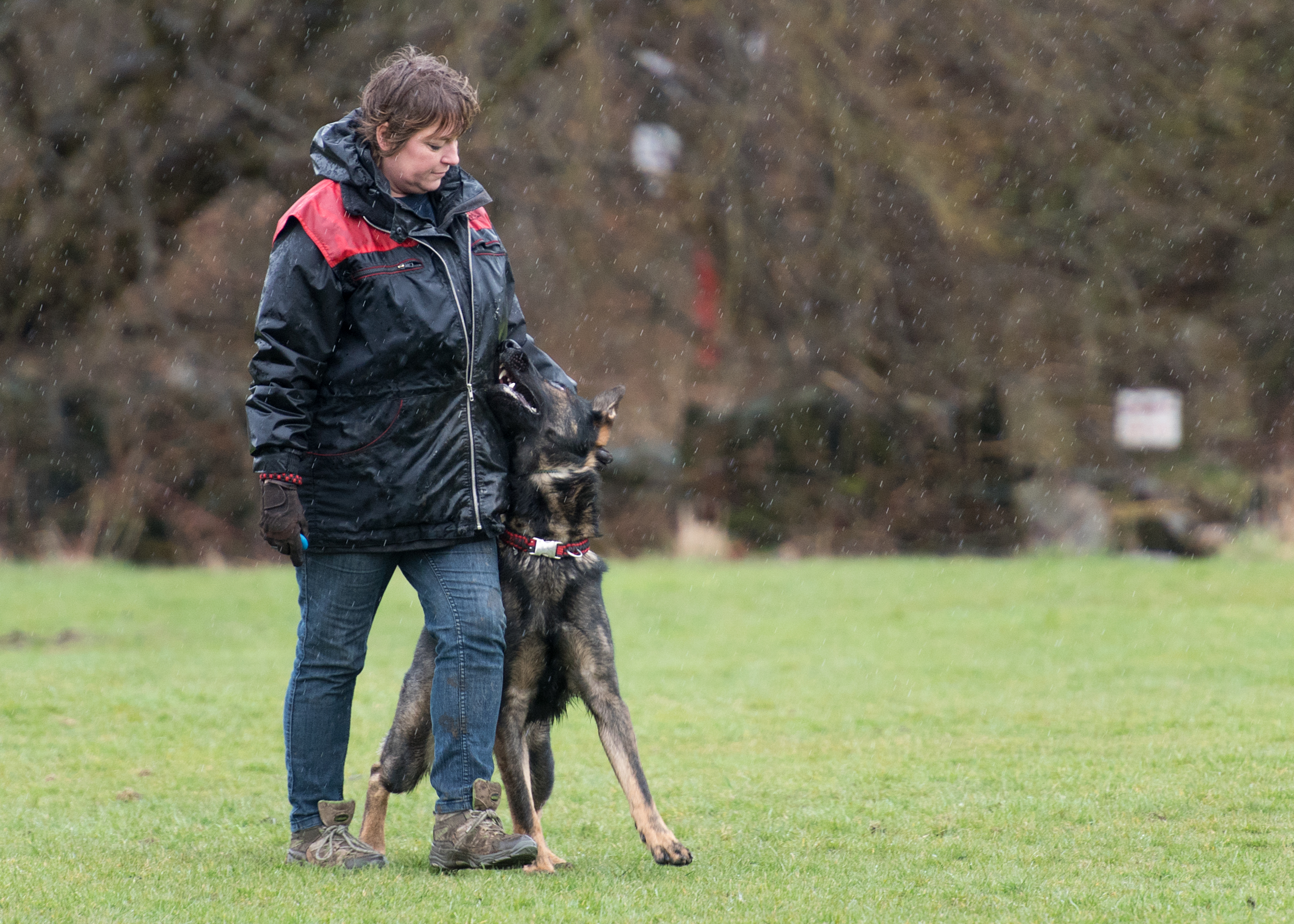 Below are some pictures of Harro practicing IPO 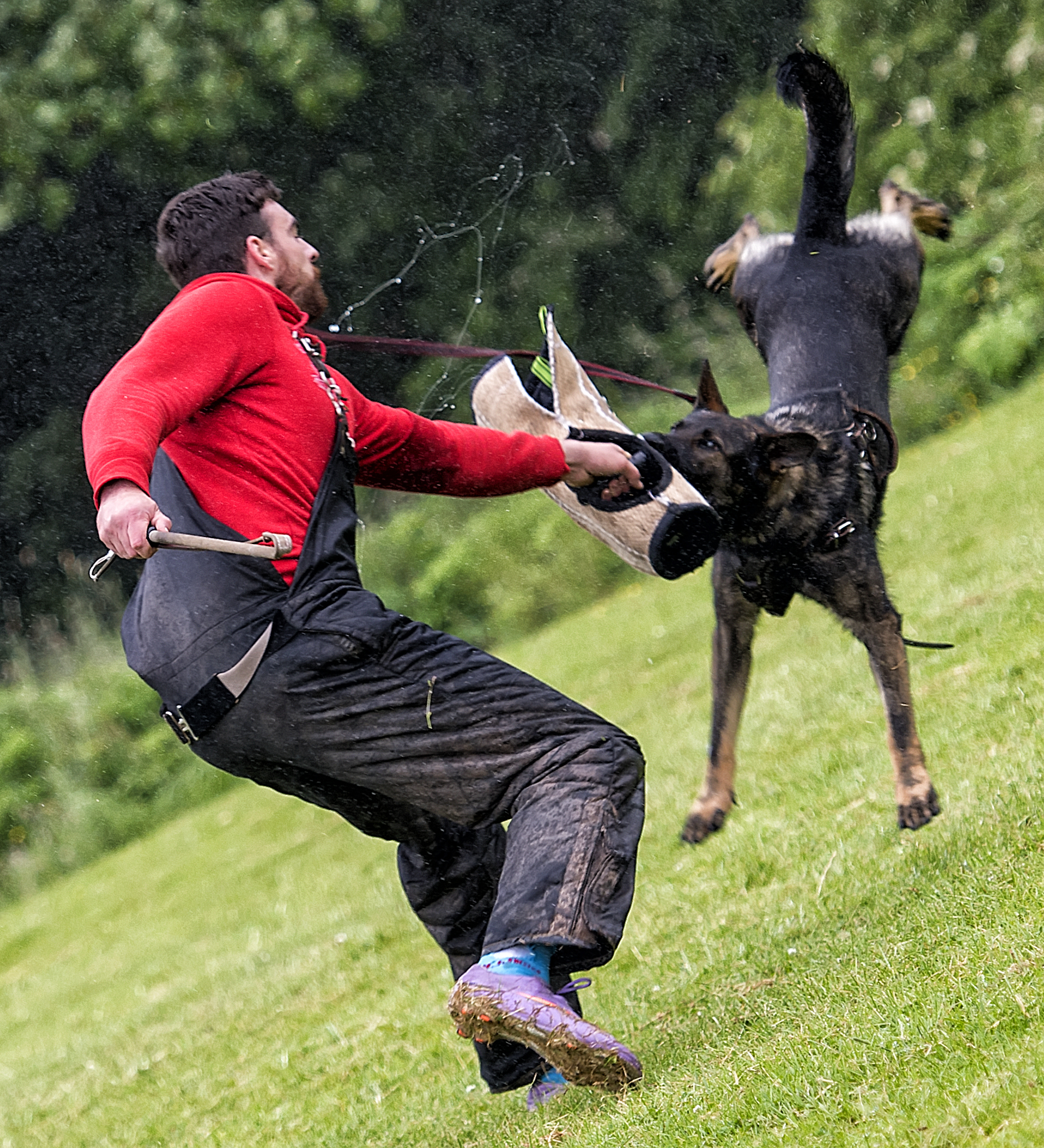 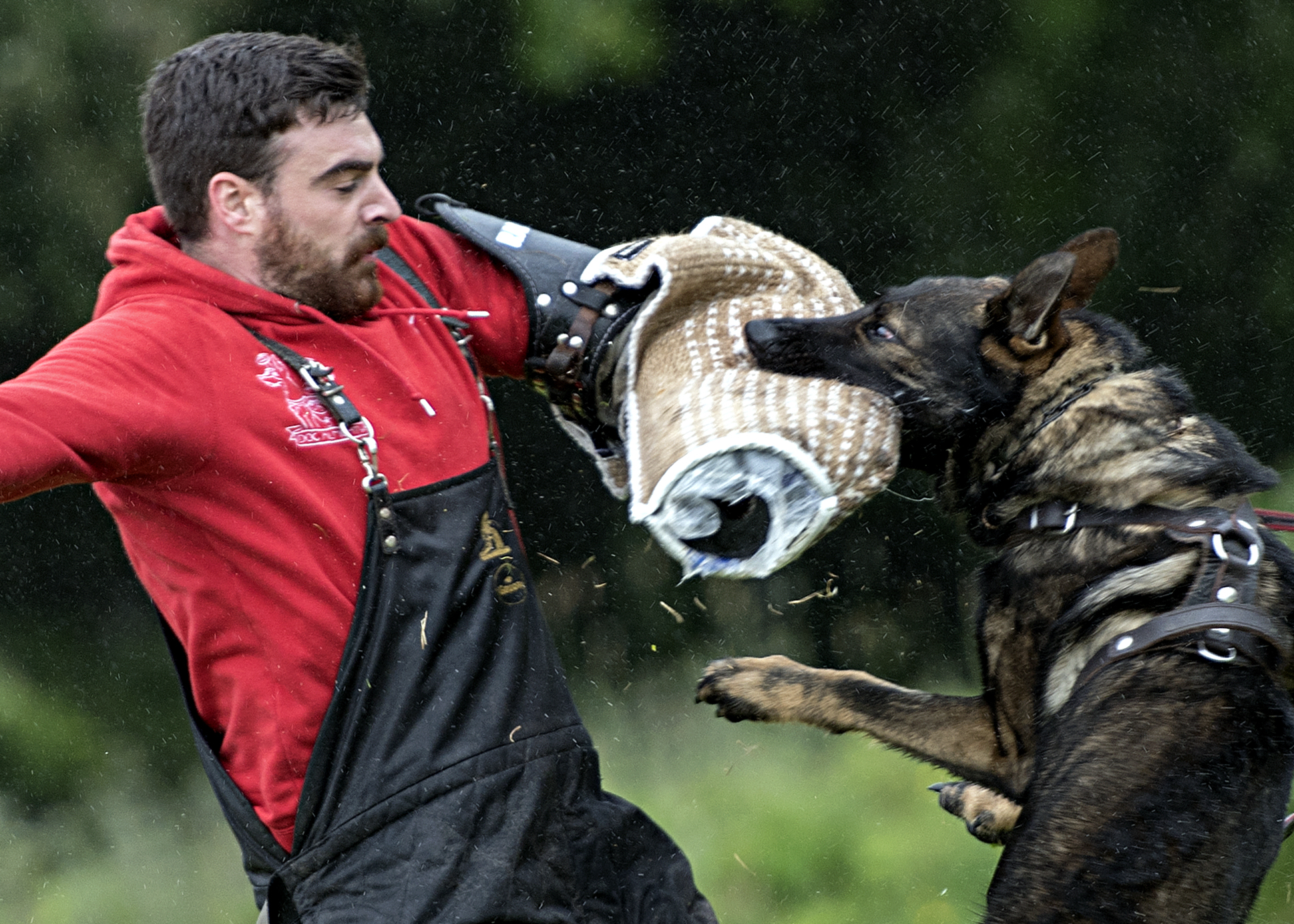 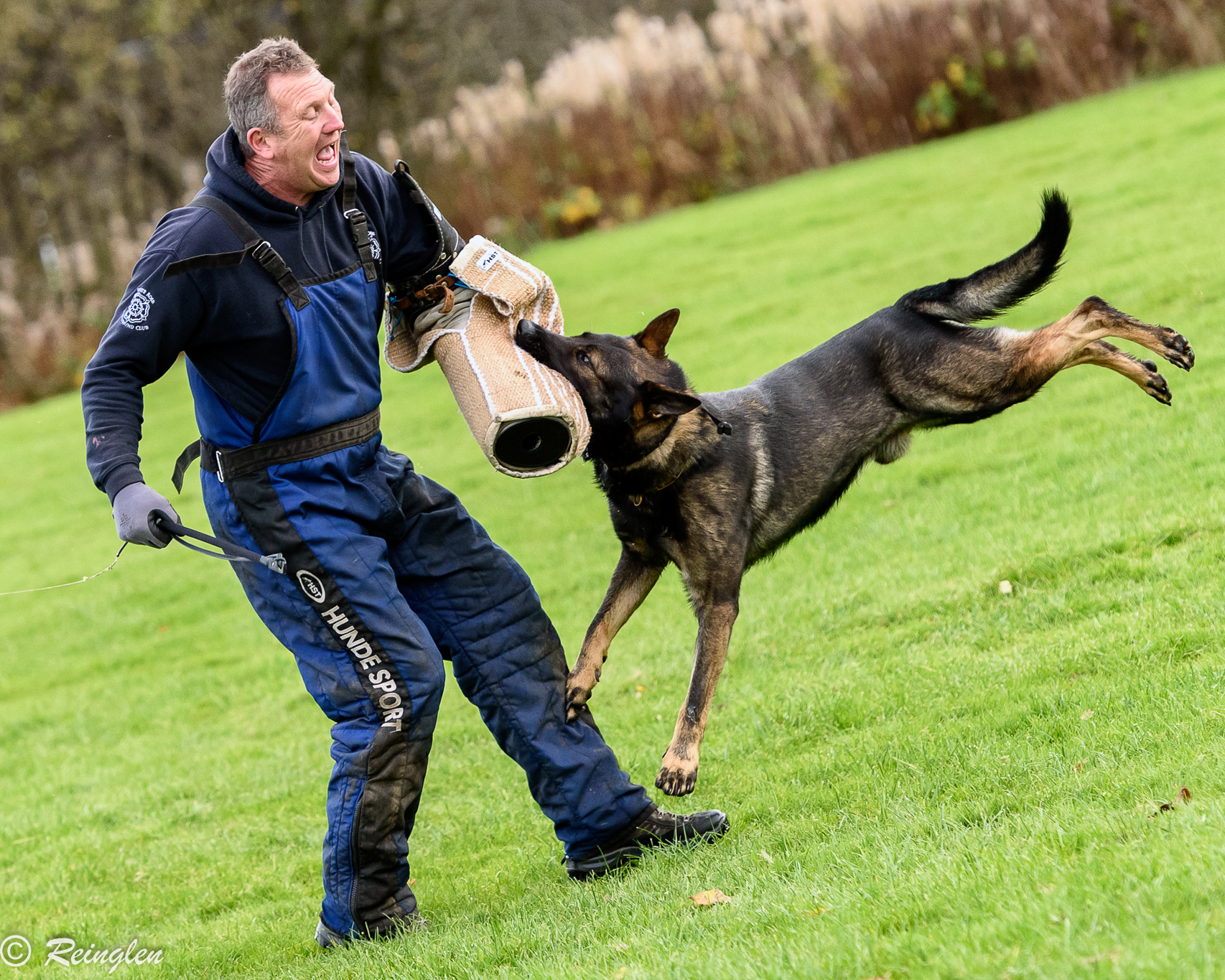 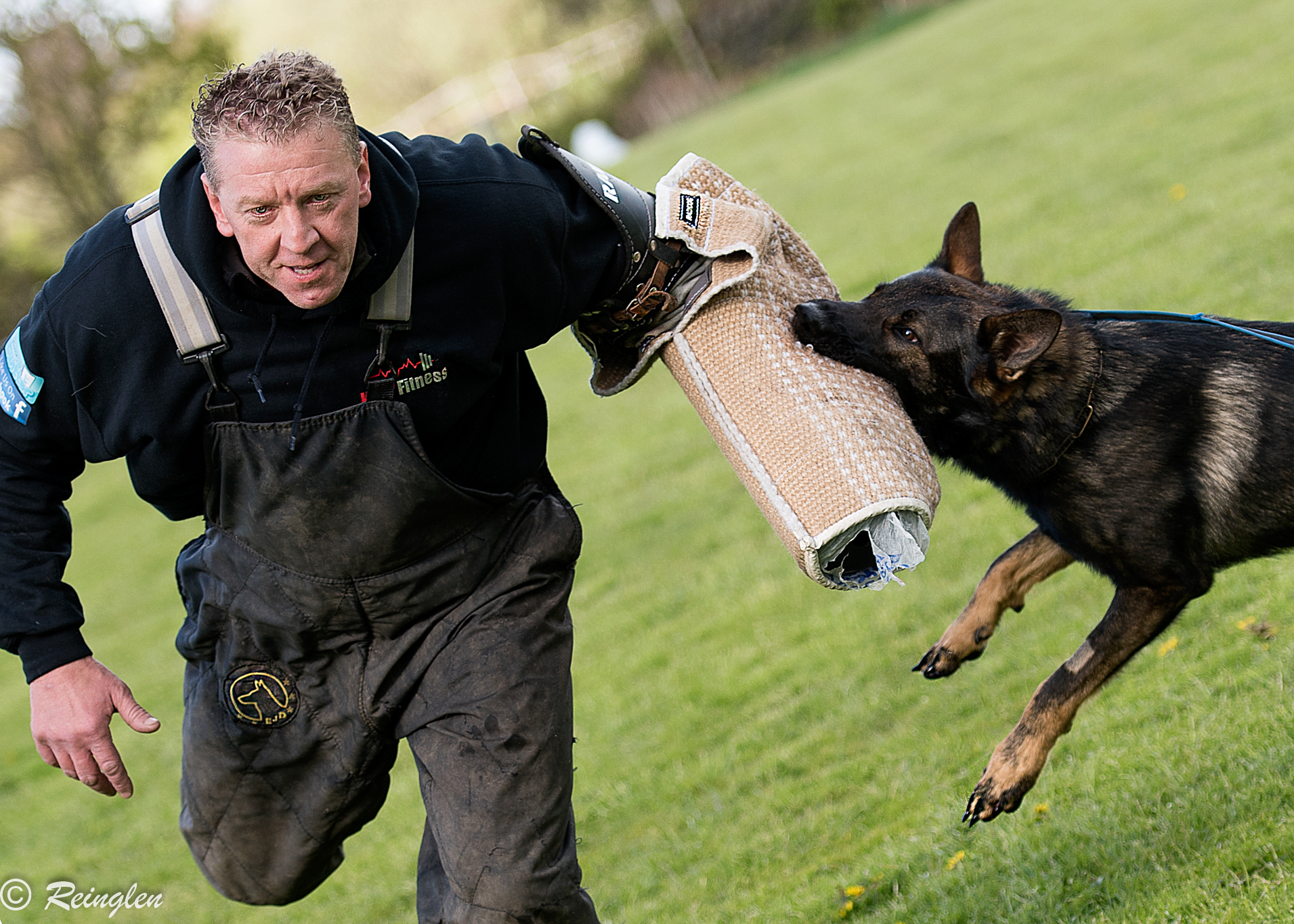 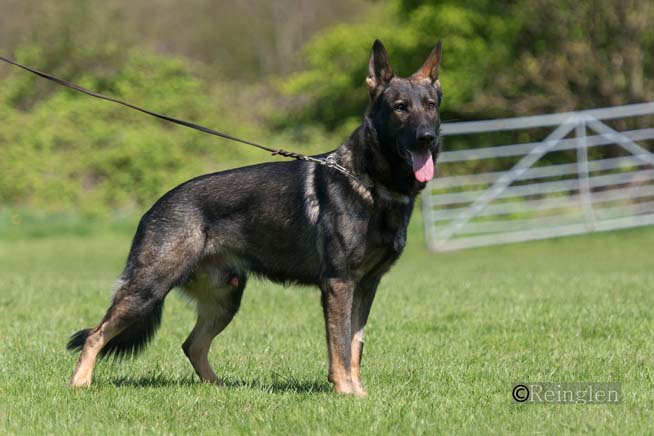 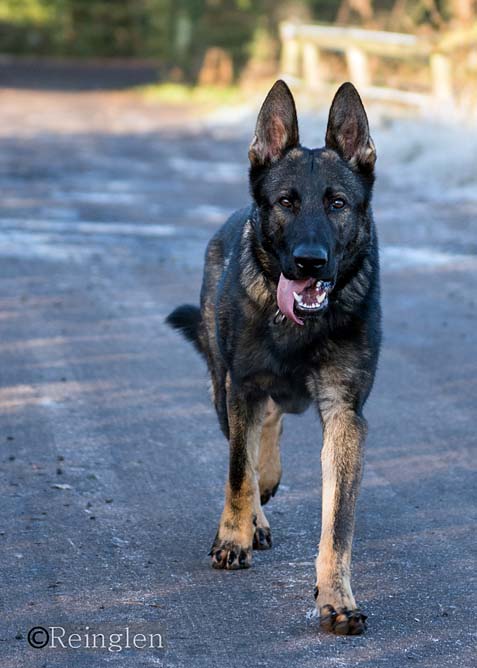 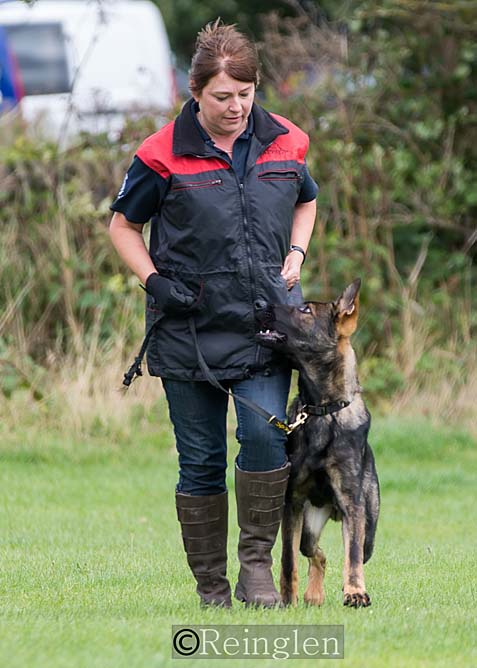 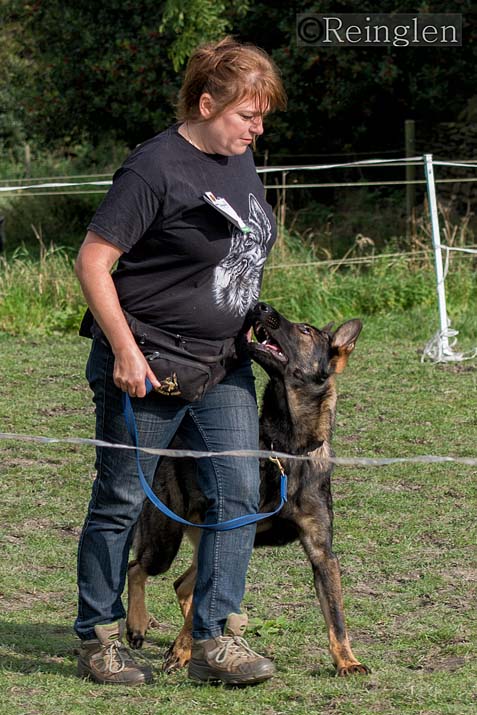 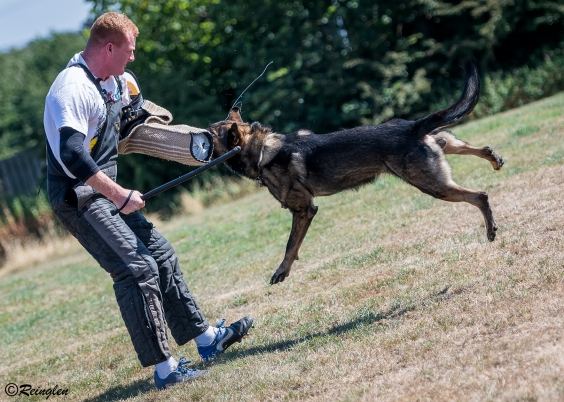 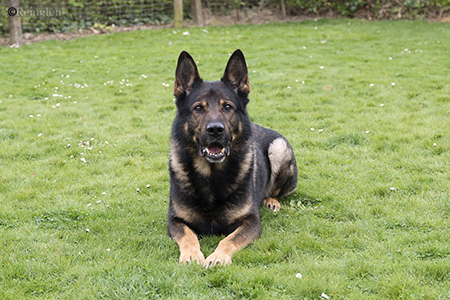